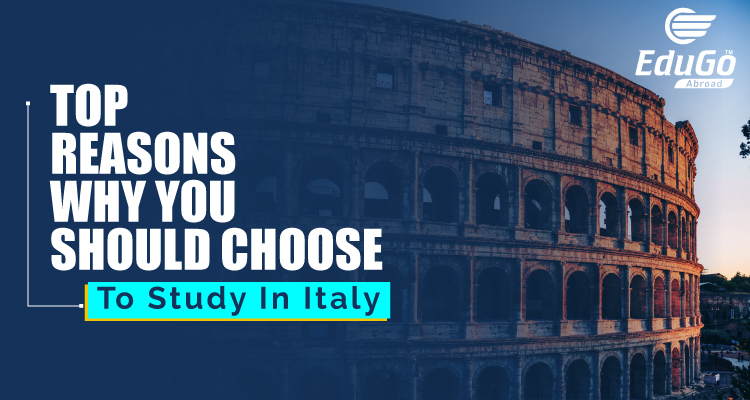 Top reasons to study in Italy

Top Reasons Why You Should Choose To Study In Italy

Quarantine has become quite long, same with your home time. So why don't utilize it more efficiently? To help you in facing the quarantined boredom Ms. Bhumika Shah, our Admission Process Executive has come with an amazing blog about study in Italy. In the blog, she talks about the preferability of Italy as a study destination and top universities.

Enjoy the blog through the words of Ms. Bhumika Shah. It will surely be insightful for you.

Italy is called the European capital of culture. Italy is rich with diverse beauty, culture, fashion, and history. Italy gives us the privilege of living close to numerous UNESCO World Heritage Sites, counting 51 heritage sites that are related to cultural and historical values and resultantly considered as the fifth most visited country. Italy is a world leader in the culinary arts, interior design, robotics, graphic design and many more fields. Italy has more masterpieces per square mile than any other country in the world which shows its richness in arts and culture. And one can always get a chance to study in a country which is a Birthplace of Western civilization.

Italy is the home to the oldest university in the world, the University of Bologna, established in AD 1088. Italy is the best option for those students who are interested in the humanities, language, and business. The explorer-like Amerigo Vespucci, Marco Polo, John Cabot and Christopher Columbus, all belonged from Italy. Italians are known for being social, you can make a friend within no time. More than twenty of the programs of Italy are included in the top 500 universities in the world. Many universities provide dormitory i.e. the accommodation options as well. A student visa will allow the student to move freely around Europe and receive numerous bonuses in the form of discounts on airline tickets, as well as other goods and services.

Why study in Italy?

The most amazing reason why one should select Italy as their study destination is the wonderful Bologna system, this system is “series of ministerial meetings and agreements between European countries to ensure comparability in the standards and quality of higher-education qualifications.” And Italy secured 9th rank amongst the European education system. Italy is home to many automobile companies, like Lamborghini, Ferrari, Fiat, Maserati and Vespa. The average cost of living is just 600 to 800 Euros per month. The culinary art students are also offered the opportunity to participate in practical sessions during which teachers show how to apply what is learned in the classroom. As the education system in Italy is more focused on practical knowledge which is why more than 80% of the students graduating from Italian universities, found a stable job within 3 months from graduation.

Almost all the universities are providing the scholarship to all the international students. And it is depending on the admission interview that is conducted by the university and the percentage you secured during the academic period.

If the program is less than 3 months, then you are not eligible for a work permit in Italy. Based upon the course and university, the stay back is allowed for up to 6 to 12 months. If a student is not able to find a job in that period, he or she must head back to their country of origin. So, it is only possible to stay back in Italy after the Masters.

The economy of Italy is the 3rd-largest national economy in the European Union, the 8th-largest by nominal GDP in the world, and the 12th-largest by GDP (PPP). Italy is considered as the eighth largest exporter in the world.

#5. The amazing fact about Italy

Italy secured the 17th-highest Human Development Index rating in the world as the country’s role grows considering the whole food supply chain to 3.7% of GDP and 5.7% of employment. The word pizza was first documented in A.D. 997. Italy’s first internationally recognized fashion show took place in Florence in 1951. Hand gestures, one study found that there are around 250 gestures used in everyday conversation. Italian gelato (Less fat ice cream) is the best in the world. There are only 21 letters in the standard Italian alphabet. The Italian alphabet doesn’t have the letters J, K, W, X or Y. Almost four-fifths of Italy is either mountainous or hilly. The first ice cream cone was created by an Italian.

We hope you enjoy the blog by Ms. Shah. With the vast experience in the industry and expert knowledge, we smoothly prepare the students from their application to visa interview. Our personal support team guides students at each step. With the trust of our students, we are a leader in the foreign education consultant service. 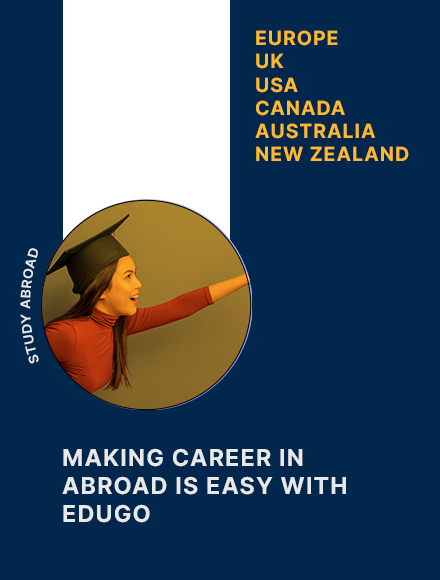