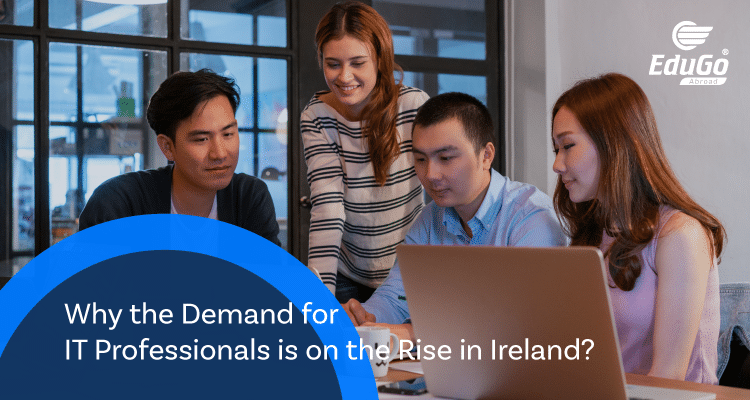 Why The Demand For IT Professionals Is On The Rise In Ireland?

With each passing day, technology is escalating and advancing at an exponential rate. In order to keep up with the pace, a massive demand of professional developers and expert workforce in IT field has been raised. By bringing up the extensive workforce, the companies will strive to expand their coverage across the borders to seek for more probable clients. Certainly, this has led to a tremendous exposure from the technological and the business domain altogether. Interestingly, a majority of the technological attention has been shifted to Ireland over the past few years. And the country has become a global technological hub for all the substantial IT enterprises across the globe.

Particularly, Dublin has emerged as the ‘Silicon Valley’ of Europe where the top companies from all over the world are established. In fact, world’s top IT firms and medical technological bodies have been settled on a large scale, opening an enormous job window for the potential IT prospects. Notable IT firms operating from Ireland are: Intel, IBM, Siemens, HP, CISCO, Ericsson, Apple, Qualcomm, Zendesk, Avaya, Dell, LinkedIn, Huawei, Yahoo, Microsoft, Twitter and many more to come. All these dignified companies have formed a solidified foundation for the workforce of highly skilled engineers and IT professionals. Incidentally, a significant number of international students are willing to pursue their third-level education from the Irish universities and seek out the most from the Silicon Valley.

On this note, it brings us to a couple of important questions: What led to such an increased demand of IT professionals in Ireland? Why is Dublin regarded as the “Silicon Valley”? In this blog, we have listed down the possible answers to the above questions. 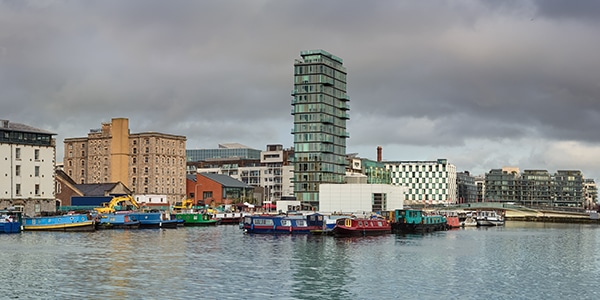 Dublin, rightly known as the “European Silicon Valley”, comprises of the major global software firms as well as indigenous European tech companies. This has piqued the interest of several global investors to invest in these IT-based firms in Ireland. Due to such profound endorsements in the established companies, new possibilities have opened up for the prospects and students from around the world. This has also led the entire platform of tech-hub to an escalated height, transforming it into an epicentre of the European business center. Thus, the IT firms are capable to operate as well as compete on a global level, exposing them to the contemporary outcomes.

Certainly, the numeral data showcased by the core IT companies has assisted in elevating the overall GDP of Ireland in the technological domain. Moreover, the government has laid heavy emphasis on amplifying the technological advancements and introducing new business firms in the IT field, especially in the Dublin domain. Prioritising this agenda, the government has imposed an enticing and a liberal corporate tax rate of 12.5% linked with 25% R&D tax credits for the European tech companies. Due to this liberal taxation, the existing firms have fostered profound associations with the international business start-ups and have expanded their business coverage with ease.

As new business and tech companies continue to set up their foundations, providing extensive services to the masses is a mammoth task. With an excellent geographic location, the IT companies in Ireland can deliver their respective services and products rapidly to the targeted audience and eventually, to the market. In fact, the indigenous technology sectors have recruited over 30,000 people with a sturdy pay check. Along with this, many more of such start-ups and firms are open for tremendous IT recruitments. Certainly, this has erected a much broader platform for the graduates coming out of the universities of Ireland, allowing them to compete with and develop unmatched vocational skills on a global level.

Ireland is already making remarkable strides mainly due to the establishments of the notable IT firms. The government has extended dedicated support to a number of IT firms operating at the global level. One such reputed firm is ‘Enterprise Ireland’, chiefly responsible to promote and develop the Irish firms in the world market. With the aid of liberal taxation, many foreign companies have emerged to work with the Irish enterprises in partnership. This association has helped the firms to grow, innovate and win export sales in the international markets. In addition to this, many multinationals are choosing Ireland as the preferred destination to augment their business manifestos.


5. Vibrant Environment for IT Start-ups

Dublin has become an ideal location for the IT companies and enterprises to establish their operations over a wide array of multinationals in the world. This has led to the emergence of an extensive and vibrant environment for the prospects, the workforce and the potential clients to operate simultaneously. Along with this, the country is open to adopt the rising technologies right from their dormant stages and earn them a global reputation to engrave their identity in the world market. Thus, acquiring an indelible vocational experience in the emerging technological firms.

The above listed points are the chief reasons why IT sector has massively boosted in Ireland. Incidentally, the country is now also entitled as the most favoured destination by IT aspirants from all over the world.

There are a number of other strong engaging points to seek your higher education with subsequent job offerings in the IT field. Recently, two super tech giants; HP and Intel announced 150 and 1600 new high-tech job placements in the IT sector respectively. In the similar way, numerous IT-based tech companies are open to immense yet promising job openings at any time of the year. With regard to such tremendous job placements, Ireland ensures a thriving future in the IT field via impeccable higher education in the Irish universities. Without any remorse, one can choose Ireland as the top destination to acquire overseas education in the field of IT.

Furthermore, advanced infrastructure and engaging opportunities have always contributed in attracting foreign students to purse the IT degree in the Irish universities. In the coming future, the technological industry in Ireland is only going to strengthen and eventually evolve to become the worlds finest. 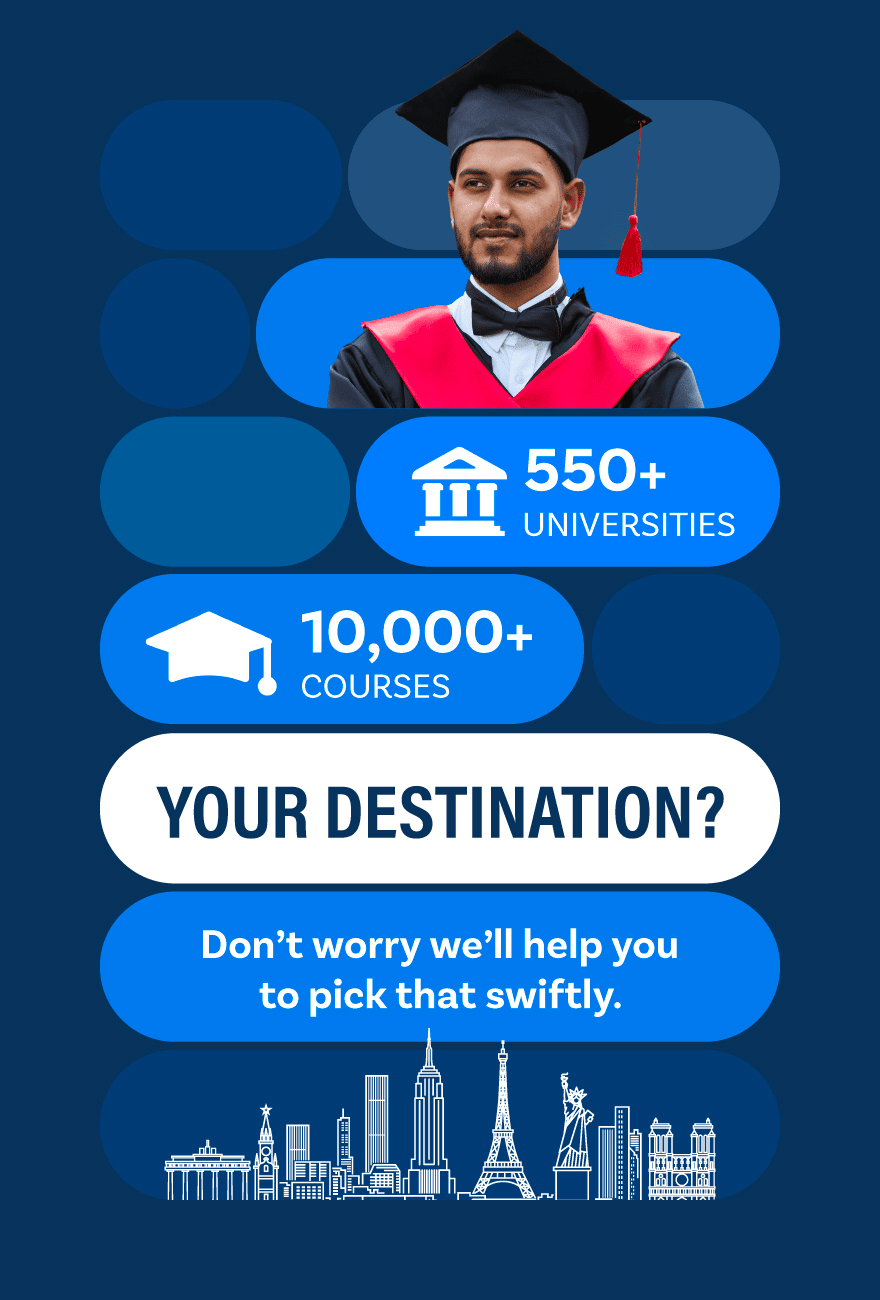 Looking for Higher Study in Abroad? Fill the details and take a first step to Global Career.